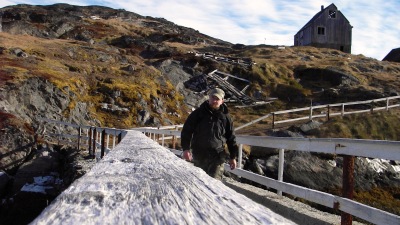 Torben Jensen is a fellow writer and avid traveler with a newly-found passion for photography. He’s originally from Denmark, but left his home country and currently lives in Ireland. Apart from writing, traveling and photography, he adores anything book-related, which he frequently blogs about. This time around, we share some stories about his rare trip to Greenland over a cozy meal in a small Irish town. 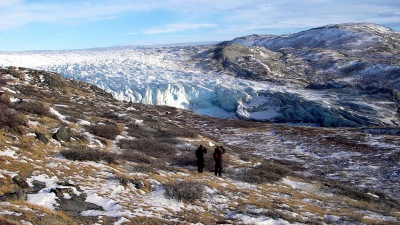 Greenland might seem an odd choice for a place to visit. Why did you pick it in the first place?
I didn’t actually choose Greenland as such; it was offered by my University as a study trip to explore Greenlandic culture and its importance to Denmark’s little known colonial history. And I had to seize the opportunity to see some dramatic geography and a part of Denmark that most Danes will never see in person.
Did you have any expectations before your journey?
To see ice. Lots and lots of ice. And I was served admirably. Snow-covered peaks, icebergs, snow, enormous glaciers. Even got a special bottle of whiskey at the airport for the trip. Scotch on inland ice… nom-nom! 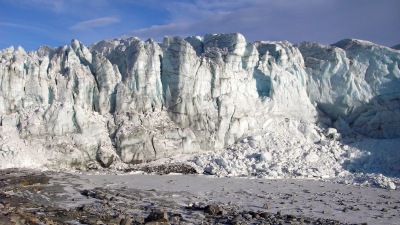 What was it like seeing the inland ice the first time?
Solely academical appreciation of the inland ice is one thing. In person, it’s much more visceral. We went to Russell Glacier, an actively moving part of the ice. Just standing in front of this gargantuan section, which is only a tiny tiny tiny part of the inland ice, is both exciting and terrifying. The ice groans and creaks, you can hear melting water running off of it, or see a fragment break off and crash to the ground. If you’re unlucky, a piece will be ejected by the colossal forces at work and hit you. Then I hope you enjoyed the view, this is not a thing to trifle with. About 100 meters from the glacier, outside the ice’s supposed reach, there is a “safe” area marked. Although the boulder-sized chunks behind said line put “safe” in a new perspective. In essence, the ice feels alive, scary and awesome. I would go back to see it again in a heartbeat. 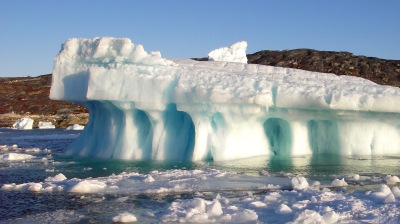 Tell us about your weirdest experience.
With an unsettling level of poor judgment, we decided to jump onto a sheet of ice floating down the fjord; it was 6 meter wide, maybe half a meter thick, with 15 people on it, while our captain circled us with the boat filming. It’s not the smartest idea, mind you. The fjord is the main thoroughfare for icebergs in various states of decay so our tiny boat and ice sheet could have been destroyed instantly if we collided with one. Still an amazing experience, especially knowing that that little piece of safety is now gone, melted back into the sea. Oh, and another unique experience… eating bear stew. 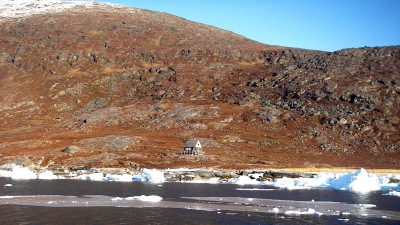 You mentioned that you would go back tomorrow if you had the chance. What is it that draws you there?
I wouldn’t hesitate to go back. Nuuk is not that different from Danish society and therefore not unique to me as a culture, but the animal life and the communities of indigenous people who still lead a hunter-gatherer lifestyle truly intrigue me. So I’d go mainly for the wilderness. I’d also like to see the inland ice again. It’s not only breathtaking, but its ruggedness and its ephemeral existence remind you of your own fragility. Some of the glaciers I’ve seen simply don’t exist anymore, the ones that do have changed shape so much, you wouldn’t recognize them from the old pictures. 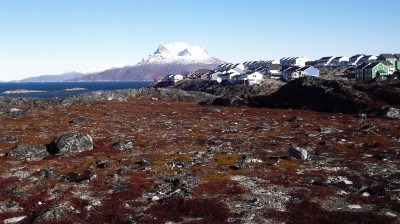 You said you also cultivated a cultural interest. Do you have a personal connection to Greenland? I feel drawn to the geography, the sheer size of the land and how hostile it is to anyone unfamiliar with the terrain. We spotted some whales from the boat and it was a mesmerizing experience. I have no real connection to its culture. Denmark’s relationship to Greenland has always been a background thing for me. It became an abstract that a lot of Danish people only relate to academically. It’s part of our heritage that gets acknowledged merely during the holidays, or when the Royal family visits. It’s not regarded as a place with a shared heritage, but rather as an indicator of environmental decay, where scientists drill for samples in the ice discussing excessive fishing or aggressive hunting methods.

Your home country played a prominent role in Greenlandic history. Can you sum that up in a few words?
How few? Denmark imposed colonial rule allowing limited self-governance, while Denmark continues to play the nanny-state towards a dwindling indigenous population it exploited and is now dividing into a dying traditional culture and a modern culture that is forced to become more Danish. 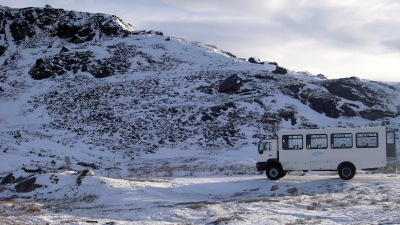 What kind of people live in Greenland nowadays? What is your impression of Greenlandic culture in the 21st century?
It’s a culture stuck between a traditional hunter-gatherer lifestyle that is now frowned upon and is being legislated out of existence and a modern Western culture. We expect them to be traditionally Greenlandic while pushing them into a Western paradigm, a certain idea of life. The people who keep to a traditional way, are actively choosing a much harder existence, and those are few and far between. The idea of a traditional culture has become commodified by Danish people. The rest is completely westernized. They live in apartments, work “normal” jobs, alongside their historical remnants and with their colonial masters at their doorstep. I don’t envy them. 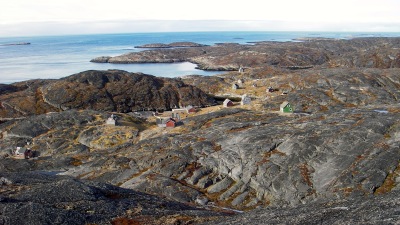 I assume life in Greenland differs from other parts of the world because of that? In what way, based on your experience?
That’s a difficult question because it depends on what you want to compare it to. The capital, Nuuk, is like any small Danish town with most of the usual amenities (such as shopping centers, theaters), but it’s surrounded by cliffs and has fjords complete with icebergs. It offers all the products you would find in a Copenhagen supermarket, which makes it feel like a “colder Denmark”. If you visit the smaller settlements outside of Nuuk, it’s much more basic, but I didn’t get to experience much of that.

You mentioned the colonial times and their effect. Did you have any negative experiences because of that shared history?
The only one that stands out was being treated as an invader, or rather a threat to a group of local men. I was told that Greenlandic men are seen as remnants, often historically associated with alcoholism and violence, which makes them less wanted than Danish men, who are rather associated with wealth and a secure future. The fact that Danish men are considered more desirable than locals, can cause a palpable schism between the two groups. Whether true or not, I felt like an outcast among them, like I was not supposed to be there.

What would you do or try, you haven’t the last time?
A trip on a dog sled. Full pack of canines, weeks in the wilderness, racing across the inland ice looking for Santa. And more dramatic geography. But mainly Santa.

All images featured in this post were taken by Torben Jensen, he deserves all the credit.
If you’re interested in Torben and his work, click here to visit his blog.
Would you be curious to see Greenland’s rugged beauty? What are your thoughts?

One thought on “Chasing Ice”