Belgium / Photo of the Week

Admittedly life has been a tad depressing of late. No need to mention the sad occurrences in Paris that still keep half of the world on its toes, and the other half in mourning. After the Paris attacks Brussels is now on lockdown and on high alert, due to a “serious and imminent threat” of terrorist attacks similar to the ones committed in Paris, and due to the discovery of an “arsenal” of explosives and chemicals. Authorities have advised people to stay away from the most populated (i.e. touristy) areas, and the metro has been closed down for the weekend, but the majority of the population seems undisturbed by the warnings. A recent trip to Brussels made me reconsider certain aspects of my personal and professional life. The city has a lot to offer if you can overcome your fears. So let’s adopt a more light-heated approach to the “Capital of the European Union”. 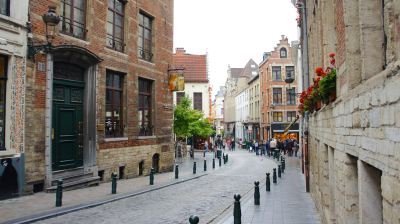 Brussels is not big (compared to other European capitals, of course). The majority of the important sights are relatively easy to access on foot or bike. Yet, the city has grown organically over the past centuries and it’s very easy to get lost. Brussels’ streets are rarely straight and almost never parallel with streets they should be parallel with. The result is twofold: you can always spot fellow travellers, as they usually appear confused grabbing for fold-out maps or their phone to try and orient themselves; on the other hand while you get some extra miles in your feet, the unwanted detours take you down streets, off the beaten track but potentially equally interesting. 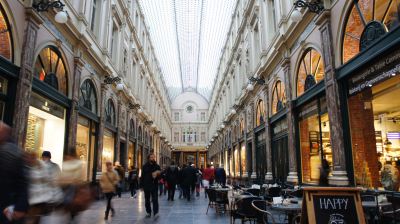 The Galeries Royales St-Hubert with its domed glass roof

Regardless of all the above mentioned I must say Brussels was probably one of the most experience-heavy trips I’ve ever made. A mass fight in front of our hotel eventually broken up by the local police in full riot gear, eating waffles (savoury and sweet) until we burst, a mosquito invasion in our hotel room, a couple of friend visits, and helping to babysit a sick kid with chickenpox was all on the menu. Add that to the time spent with sightseeing, holidaying can be pretty exhausting. I came to realise however that physical exhaustion still doesn’t compare to the mental drain we force ourselves into with the daily routine of work and family issues. A couple good nights sleep and you’re back to your charming self. So next time I’ll give you 5 reasons why Brussels is a fun holiday destination any time of the year.

Would you cancel your holiday plans to Brussels due to recent events in Paris?
If not, let me know which is your favourite place in the city.
For more pictures take a look at the gallery here.

All contents on this website were created by me and are for personal use only. Please respect my work, and the time and energy I put in maintaining this space.
Do not copy, publish, or use this content without my written permission. Excerpts and links may be used, provided that full credit is given to Postcards from the Country with appropriate direction to the original content.
For any queries don't hesitate to contact me. Thank you.
%d bloggers like this: