Personal bodyguard and proud of it.

Here we go, the last step of the journey. Hungary has (always had) a special place in my heart; it means family, food (lots and lots of it), seasons (like now, as the spring that comes with a bite in the morning and caresses you with fragrant warmth in the afternoon). It also means breathtaking architecture, luscious countryside, and hospitality. In the past few weeks, I’ve been trying to show you how underrated and beautiful my country is. You won’t have the same experience as I, and nor will your travel companion, I still hope my tips and insights will help you along the journey: 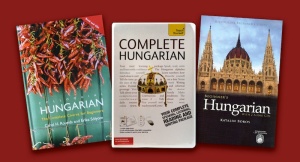 Learn Hungarian. I dare you. ©europamedia.wordpress.com

1. Language might be an issue. In places frequented by tourists (especially in Budapest) there is always someone who speaks English, but discovering hidden gems in the countryside you’ll be left on your own. Hook up with someone on Meetup, Couchsurfing or similar websites, so you have someone escorting you and help you with the little things. Taking advantage of tourists (like overcharging them in restaurants by having a “tourist menu” etc.) is unfortunately not unheard of, even in the most visited places.

2. Continental climate can be a funny thing if you’re not used to it. Hungary is landlocked, and that  usually means lower humidity; the dry air also accounts for a heavier pollution in large cities. In the summer the weather can become scorching, temperatures hitting or even exceeding 40°C (104°F); in cities where you’re surrounded by brick, steel and concrete, the climate can be unbearable. Have some water with you at all times and take little sips regularly. Have some sun protection and don’t wait until it gets too much; take breaks and stay in the shadows if you can. During winters temperatures can sometimes drop to around -10°C (14°F) or even lower. Nights can be particularly cold. Prepare yourself and add an extra layer to avoid hypothermia. 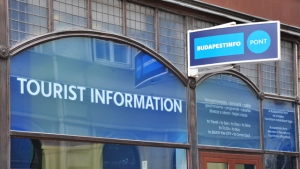 3. There are several info-points in Budapest, mostly around sights that generate higher touristic interest. They give information, hand out maps, and sell the Budapest Card that offers free public transportation within Budapest, plus about 10% discount in certain museums, restaurants and other places. Cards are available for 24, 48 or 72-hours. For spending a week or more in Budapest however, it’s best to purchase a weekly or bi-weekly pass. In either case, keep your passport with you at all times, it might be needed when your pass is checked. There are of course individual tickets available, but if you travel around a lot, it’s easier and cheaper to navigate your way through the city with an unlimited pass.

4. All of Hungary is generally considered safe but beware of pickpockets. Always mind your personal items and money. The best tactic is to try and not look like a tourist.

5. There are about 1500 bathhouses in Hungary built upon the healing thermal springs the country resides on. These are typically featuring Roman, Greek and Turkish architecture, and said to cure various ailments, like rheumatic and respiratory illnesses. In most places day passes are available.

6. Hungary is proud of its food culture, and rightfully so. The country has several famous specialties consumed and admired worldwide (Tokaji wine, Pick Salami among others), but that’s only the tip of the iceberg. Artisan food makers and their products have become coveted again. There are several ever so popular street markets, seasonal markets (especially around Easter and Christmas), wine, beer and pálinka festivals, kolbász (sausage) making and tasting festivals, cooking competitions, etc. throughout the year. Food hygiene has largely improved over the past decades. So consuming food at those venues is usually considered safe. Also as of 2014 Budapest has three Michelin star restaurants, Costes, Onyx and Borkonyha (Winekitchen), plus several others recommended by the Michelin guide. 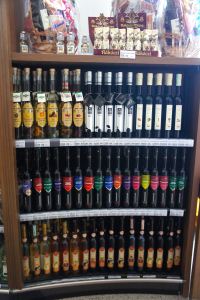 7. Hungary also has a booming wine culture, since there are several regions in the country whose microclimate is excellent for cultivating grapes, like Tokaj (part of the UNESCO world heritage), Eger, Villány, etc. Tokaji wine was once served at the French Royal court. Satisfied with the refreshment, king Louis XV offered a glass of Tokaji to Madame de Pompadour, calling it “Vinum Regum, Rex Vinorum” (“Wine of Kings, King of Wines”). This famous line is still used in the marketing of Tokaji. Another national pride is pálinka, which is known to be especially good due to the sweetness of the local fruit used. There are as many types of pálinka as there is fruit, so it might take some time to pick your favourite. One more thing: drink as much as you want, but keep in mind that Hungary has a zero tolerance when it comes to drinking and driving, fines are high, and they can even take away your driver’s license on a temporary basis. You probably only get it back when you’re already home in your respective country of residence.

8. Hungarian is a foodie nation. When visiting a traditional Hungarian home, be prepared to be stuffed and tipsy before the meal begins. And when you think you couldn’t eat more, there’s more coming. Taking seconds is expected and saying “No” when pálinka is offered, is usually frowned upon, unless you drive.

9. I personally don’t care much for it, but most Hungarians are fierce when it comes to national football. It’s considered a national sport, although our national team is pretty much unknown to the rest of the world (except maybe for the last European championship); on the other hand, there are several other sports we excel at, such as water sports, handball, and fencing, just to mention a few. Did you know that Hungary won gold medals at every single modern Olympic games, except for the two when the country didn’t compete?

10. And finally: Hungary’s capital is Budapest, not Bucharest. Bucharest is the capital of Romania, a neighbouring country. Knowing your geography is a sign of respect, and certainly will earn you plus points with the locals. Other touchy subjects you may consider avoiding when talking with Hungarians, are politics and sports. Don’t engage in conversations on those topics, unless you’re a very good listener, and know when to retreat from a debate.

Another series finished. Hope you enjoyed it as much as I did.
For questions and more info feel free to comment in the section below.
Check out my updated photo gallery of the trip here.

4 thoughts on “Hungary 5 – My Kind of Tips and Trivia”